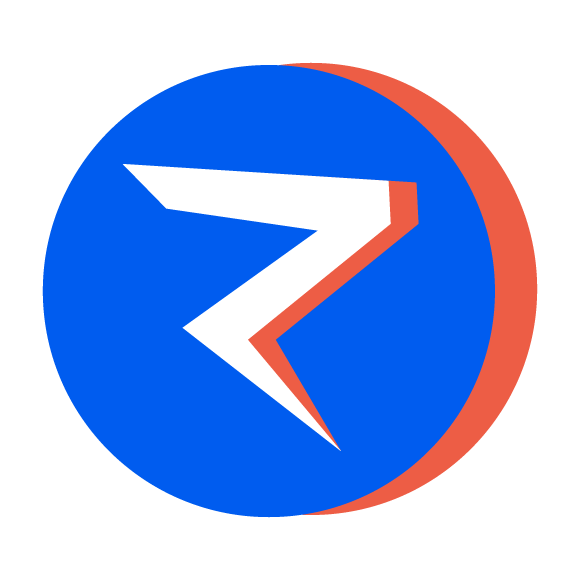 "We are building the next generation of HR Technology. We're calling it the power to solve block-by-block."

The global talent acquisition technology ecosystem has a number of "names" who have influenced its development - for better, and for worse - over the past decades. Some of those names had the foresight and/ or influence to be involved in multiple stages of the evolution of our tool-space. Few of those names appear more often - and at more key moments - than Mary Grace and Mike Hennessy.

RNN recently had the opportunity to catch up with them to learn a bit more about their latest initiative: GraceBlocks.‍

First, a quick trip into the Wayback Machine.

After meeting and working together at one of the first applicant tracking system (ATS) providers: BrassRing in the mid-90s, Mary Grace moved to a competitor Taleo in 2002. Mike remained at Kenexa as its founding CTO, while Mary Grace took on increasing responsibility for Taleo's products, ultimately serving as Senior Director of Product Management. This was a moment in time before the large HCM vendors had woken up to the idea that providing a tool suite for recruiters as part of their offering made a level of sense: but that moment of realization was coming. Taleo was the big winner in the ATS wars, building a global presence that only accelerated after its acquisition by Oracle in 2012, while BrassRing did pretty well for itself as well, with a successful exit sale to Kenexa in 2005 (Kenexa is now an a IBM company).

After exiting BrassRing post-acquisition, Mike found himself at home with time on his hands. He is not a person who does well with idle time. And, he had an idea for a new product. The same year they were married, 2007, he kicked off a company they called SmashFly. Mary Grace was still with Taleo and coming home with insights into the struggles candidates were having outside of the ATS funnel - application frustrations, drop-offs, and generally an inability for customers to engage with prospects before they moved into applicant status.

Fast-forward 4 years. SmashFly had gained traction and Taleo was prepping for acquisition. Mary Grace made her move to join Mike, overseeing sales, customer service, and ultimately product for the new organization. The focus was on recruitment marketing enablement - the other end of the funnel from where the ATS sits - along with candidate relationship management (CRM) to knit the two ends together. Ultimately, SmashFly emerged as - and helped create the category for - a recruitment marketing platform (RMP). They moved into competition with established industry heavyweights who were offering pieces of an RMP solutions (Avature owned the CRM space, while TMP had dominance at the career-site level). Early wins for SmashFly included Lockheed Martin, CDW, PwC, and others.

The company continued to grow, and took on $9 million in a series A round with OpenView Venture Partners in 2016. With an investment in marketing and sales, expansion accelerated, with the company taking two more rounds of funding over the next two years. Mike and Mary Grace moved away from day-to-day operations as the company began to gear up to be acquired. Ultimately, the company was set up for acquisition (not uncommon in our space), and sold to Symphony Talent in 2019 for an undisclosed amount.

(Remember, this is in part a story about idle hands.)

Moving away from day-to-day operations gave the couple time on their hands. Something neither of them does well with. Serial entrepreneurs at heart, they looked at what they'd been through building a company, the wins and losses, frustrations they'd heard from customers, and... had an idea. Have an idea, as it were.

To start with, they have only minor goals...

Mary Grace. "We are building the next generation of HR Technology. We're calling it the power to solve block-by-block. A platform that allows you go build software, essentially.

"If you think about the HR systems that we all know and love, and have been using, for decades, they feel dated. Especially if you compare them to solutions in the market for other purposes. We're still not truly mobile, not open, not easy to integrate with. Most of the systems that are out there in other arenas are easy to integrate with. And then you get to the HR tech space and it's like this really hard, crazy, awful process. Texting is something that a lot of the systems, the core ATSs out there, don't offer. It's something we know candidates expect at a base level. Since this is something we know is a real pain point, we're focusing there. Supporting just that basic exchange of conversation, that can scale, and is at a low enough price point that an individual recruiter can solve the problem using GraceBlocks.

"HR systems are expensive, and they don't scale easily. They also don't adapt quickly. In recruiting, every time there's a technology change there's a new way to recruit - our systems need to be able to keep up.

"The technology we're using is unlike anything I've seen in the SaaS space. Where we are now, what you do is you build systems that have a limited number of structured fields (candidates, jobs, applications, departments, templates, etc). And then you offer say, 50 custom fields the client can configure. This is nothing like that. The client will have unlimited control over their data structure. Their data structure, their data, their relationships - those are all defined by how you set up your blocks. And, for larger enterprise clients, they'll be able to bring it behind their own instance of their cloud infrastructure, if they want to do that."

Mike: "So the approach on the data structure side is interesting. Having gone through multiple of these enterprise SaaS applications before, we had a kind of data-centric, data center driven architecture in how we built it. Basically you're building a single data model, with some level of functionality. As clients make custom requests, you add them after the fact. Every company that does that - and it's most of them - you wind up running into a bunch of stuff. This is meant to flip the model. The customer defines the data architecture. We'll enable core pieces of functionality - so, we'll have a a basic texting functionality if you want to grab that. Everything is in the cloud (we're using Google Cloud, GraphQL so data is easy to access and manipulate, etc). It won't matter if you're a small or large company - if you want to add a salary table somewhere, and tie it somewhere else, and ask your ATS vendor they'll kind of shoehorn it in, but it will be awkward. With us, they can do it dynamically through the app.

"The other issue, as a vendor, making these custom changes can be intense. You're buying new servers, getting them up to speed, all of that. And even if you've begun to move to the cloud, if you weren't build cloud-first, you still have legacy issues to deal with. With us, any kind of expansion comes down to the push of a button. Which is exciting.

"And, we're global out of the box. If a client on the other side of the planet wants to use us, but needs to satisfy local security requirements, then the data can live where they need. It's a simple click. It's provisioned and set up so the data can live where they are. And, the nice thing about things like security - which we killed ourselves over at SmashFly - we're on Google, and their security is killer. Their encryption levels are incredible. They just announced that their algorithm can keep your data encrypted even when in use, which is crazy.

"Ultimately, this product allows a customer to build whatever they want. This super-flexible data model, built on the latest and greatest cloud tech. You may want to build an ATS, then the HR system can come in on the same platform and build a benefits solution, and then link it. Then Finance may come in and build another tool that connects there, etc.

"You'll hear a lot about no-code/ low-code. There are a lot of solutions coming out that fall into that bucket. We're coming at this from the approach of building a no-code approach to HR tech. That's the vision."

Mary Grace: "And, if the client needs help, worries they can't develop on their own, we have a consulting team we've built that can help with that. We're also talking to partners, like HireClix, about the possibility of helping deliver services around blocks.

"Adoption-wise, we're taking a DropBox approach. There's a basic plan where you can build a solution like the texting tool - you can send out a limited number of texts for free, and then when you hit that limit you have the option to sign up for a paid plan."

Mike: "This was built to be easy for recruiters to set up and use. And, they can use it for anything they want. Texting, sure. HR tracking? Sure. But you can also build tools for yourself - say, to track inventory at your house. A tool to manage a family that's suddenly working and studying from home. Yes, we did that.

Mary Grace: "We built a form of CRM/ project-management tool with GraceBlocks, that's completely unrelated to HR. With everyone home on quarantine, we needed a way to keep our kids focused on more than screens during lockdown. Easier said than done. So we built 'Summer Fun'. We set up a point system, ways they can earn points to get screen time. They can jump in, log their activities and track them. As they use them, they get marked as done.

"The plan for integrating into the various tools out there (ZapInfo, etc), the plan is to have for any block you build on GraceBlocks, we will have an API that is bespoke to that block. That API will tie into the various out-of-the-box integration tools like Zapier.

"The goal is to be able to build tools easily, mobile friendly, that can talk to other applications easily. That's the goal of no-code.

"It's such a good thing Mike and I get along so well - this has been an interesting time to build a product. We've been having a lot of fun, heads down building a new product. And the kids have been testing it for us. We killed two birds with one stone - got the tool tested, and cut their screen time."

On the free plan, the limit is rows of data (not users). Once you move beyond that the pricing scales - but, expect a cost of $20-$30 a month per user with unlimited usage.

Initially, they are looking for end-users who are also builders. People who think in terms of systems and geek out. As the technology gains acceptance, and as the concept of no-code grows, they anticipate larger enterprises taking advantage of the potential. The ideal initial user is someone who wants to dig deeply into the tool, beat it up, and build. People who need to solve a real-world problem. From there, they expect those higher-up the food chain will take notice and scale the solution across the enterprise. The alpha is this fall, and they are actively recruiting end-users.

For additional information, please reach out to GraceBlocks, and tell them RNN sent you.